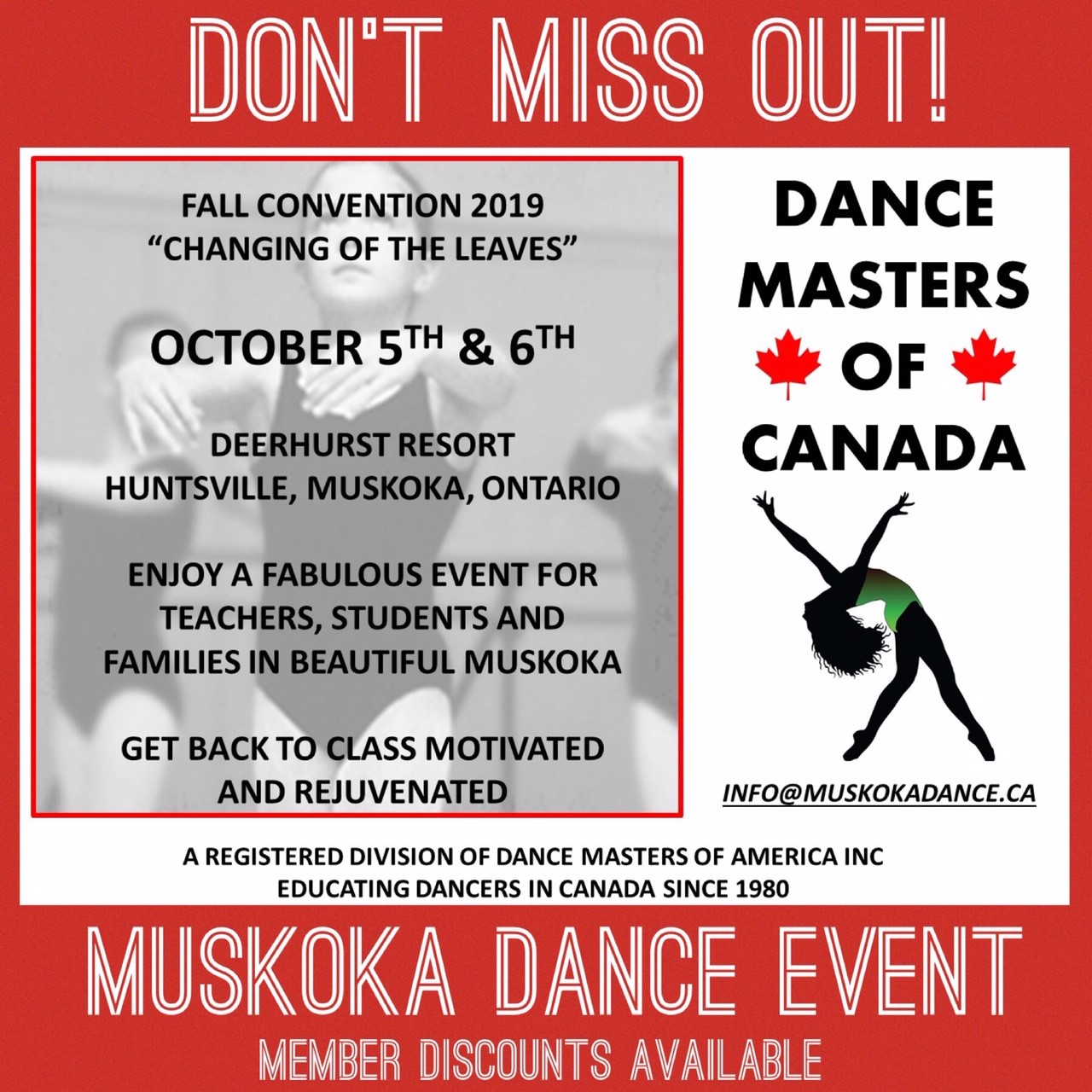 DIRECTOR OF EDUCATION
SUE KIRWIN-CAMPBELL OF THE MUSKOKA DANCE ACADEMY IS EXCITED TO HOST THIS EVENT.  DANCE MASTERS OF CANADA IS A NOT FOR  PROFIT REGISTERED EDUCATION BASED ORGANIZATION AND WE WANT TO BRING TOGETHER AN EVENT THAT FOCUSSES ON SHARING THE PASSION OF DANCE WITH OUR STUDENTS AND FELLOW DANCE TEACHERS.  WE WANT TO CREATE AN EVENT THAT WILL ENERGIZE AND MOTIVATE EXCITMENT AMONGST OUR MEMBERS AND HARVEST AMBITION FOR THE FUTURE.  WE WELCOME ALL MEMBERS AND NON MEMBERS TO UNITE THIS FALL AND ENJOY A FUN DAY OF DANCE WITH ALL OUR DANCE FAMILIES!

PLEASE CONTINUE TO KEEP POSTED ON THIS PAGE FOR EXCITING UPDATES 🙂 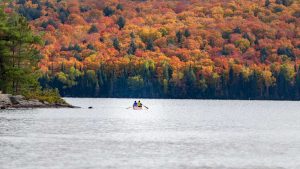 ENJOY THE MAGIC OF MUSKOKA AND “CHANGING OF THE LEAVES”

GET BACK IN TO THE SWING OF STUDIO LIFE AND BOND WITH NEW AND RETURNING  DANCE FAMILIES! ENJOY AN AWESOME EVENT PERFECT FOR YOU YOUR STUDENTS 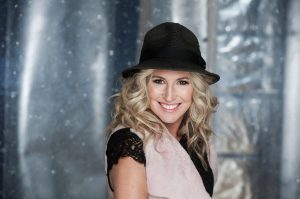 DON’T MISS THIS EXCLUSIVE OPEN SEMINAR WITH AMY WRIGHT ~ From Family Channel’s hit series THE NEXT STEP
3:00pm – 4:00pm – $20.00 PER PERSON
Find out what you need to make it in the world of dance today! Get up close and personal with one of Canada’s leading dance choreographers and casting directors for dance on television, in movies, commercials and theatre. Get Amy’s take on what a good audition looks like and what she looks for in a performer. Chat with Amy about postsecondary training, agents and the business of dance as a career. 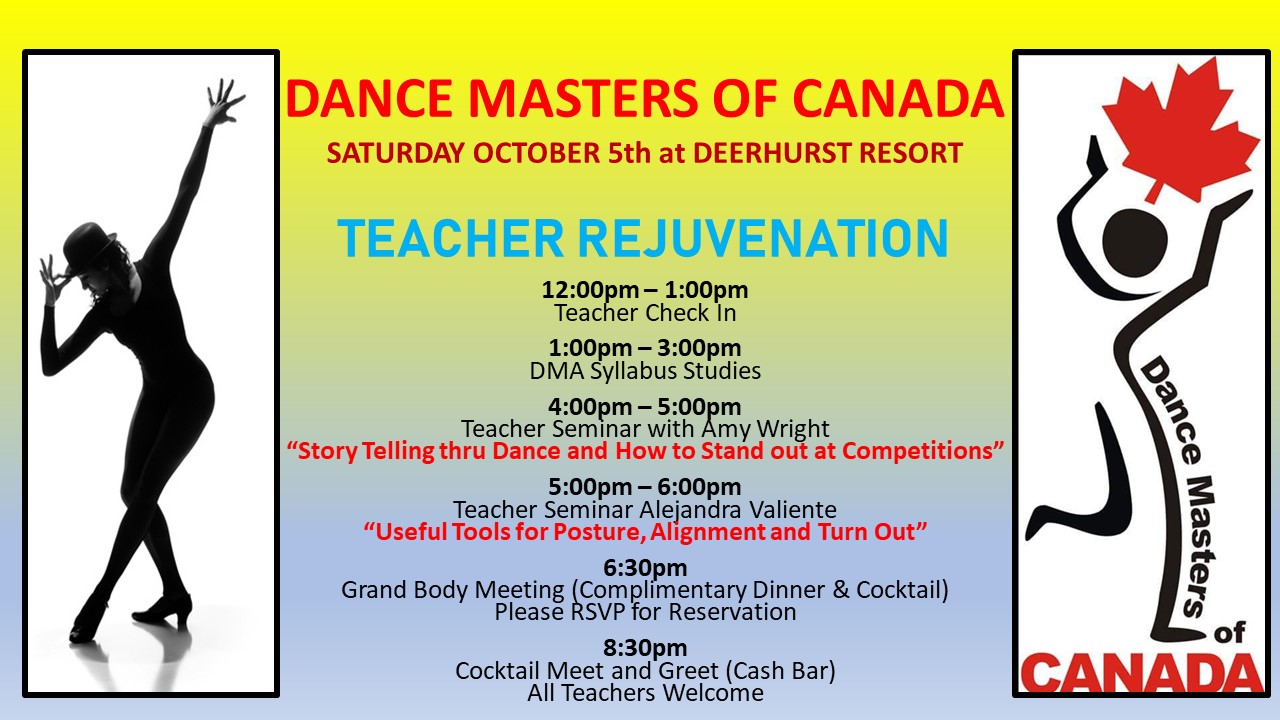 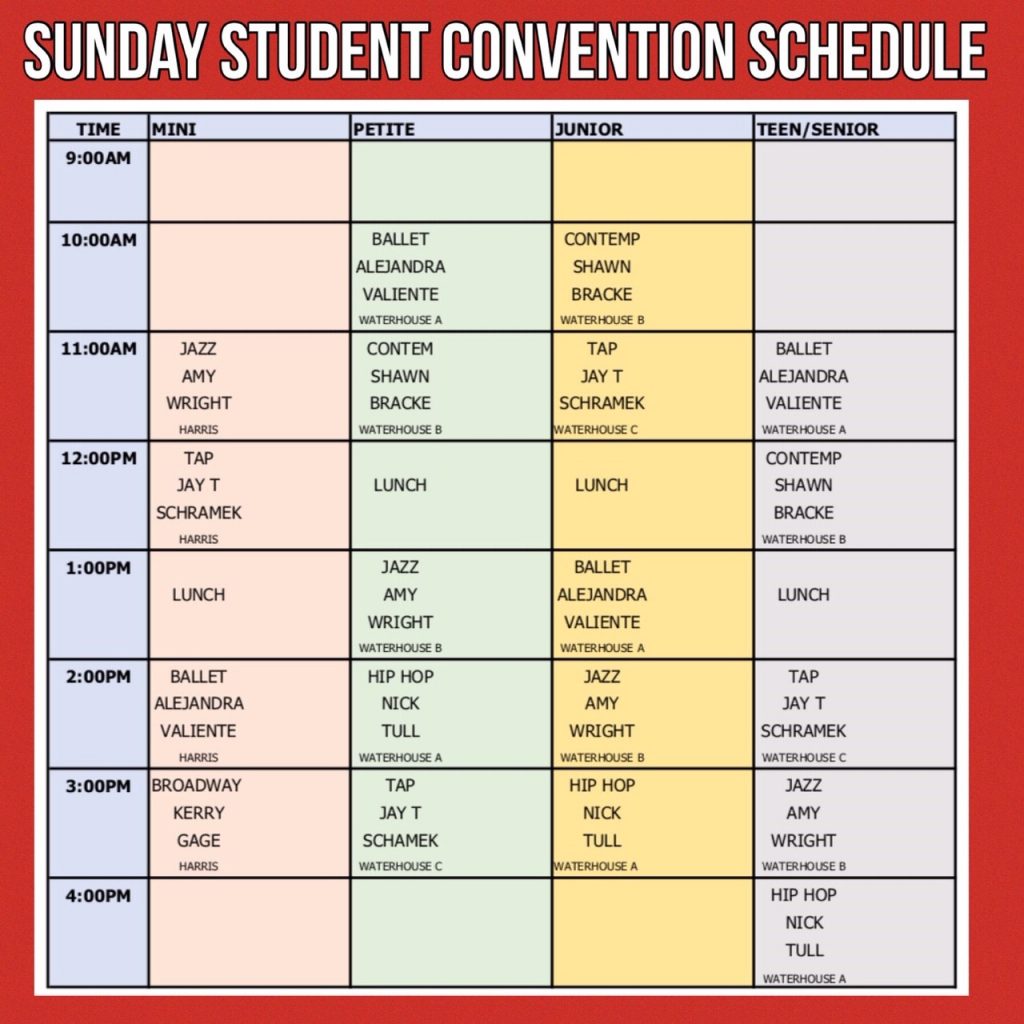 DMC Student Discounted Fee: When registered under a Member Teacher
Mini $65.00
Petite/Junior/Teen/Senior $110.00
Drop In $25.00 per class on Site
Parent Observation Pass $30.00 on site 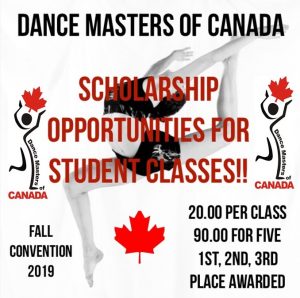 YOU CAN ALSO STAY IN TOUCH ON OUR DANCE MASTERS OF CANADA  FACEBOOK PAGE!

VENDOR OPPORTUNITES!
ANY MEMBERS WANTING TO SET UP A BOOTH OR HAVE CONNECTIONS WITH A BUSINESS FOR SELLING DANCE RELATED PRODUCTS PLEASE INQUIRE BY CLICKING HERE!

KEEP POSTED FOR YOUR COMPLETE EVENT DETAILS AND CLASS SCHEDULE 🙂 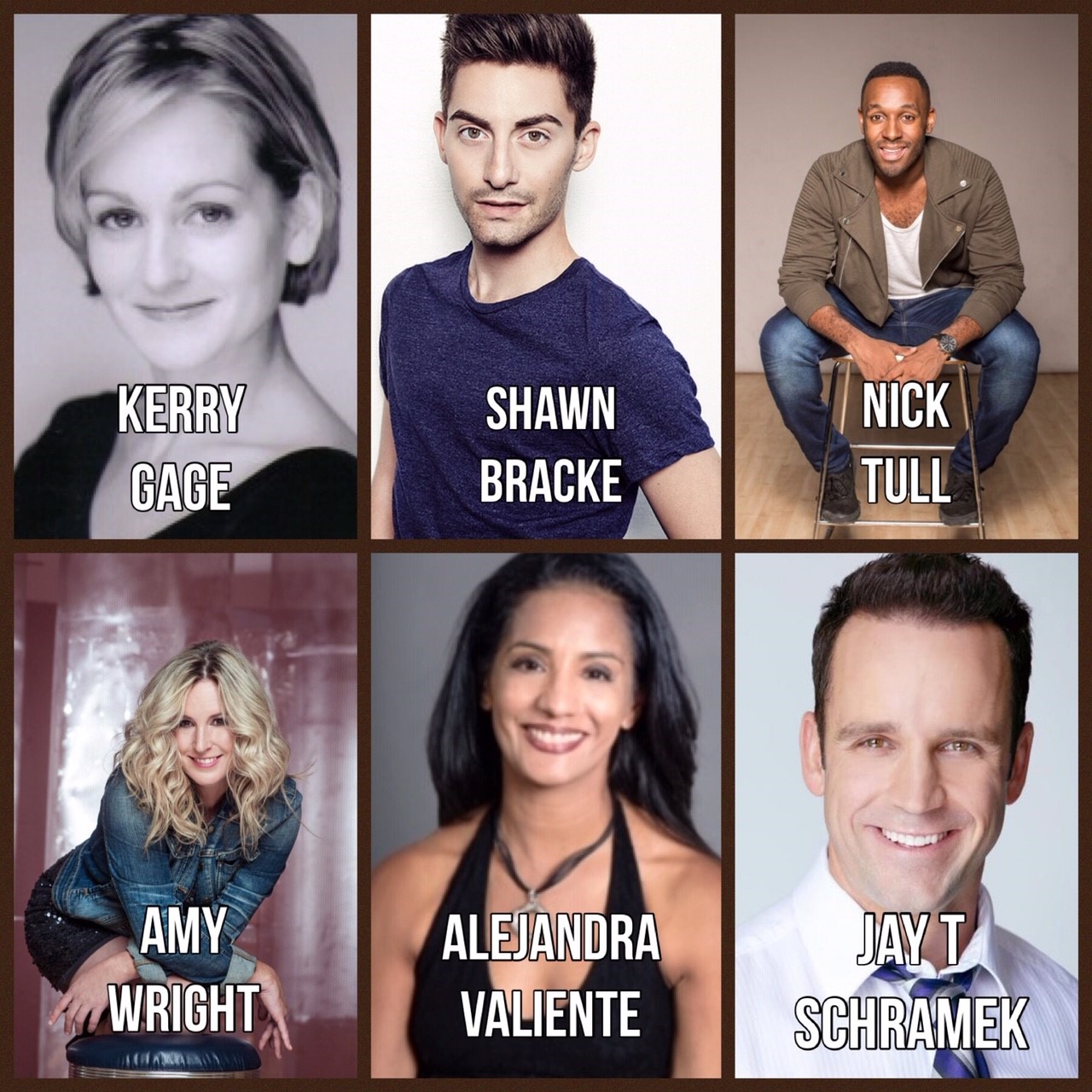 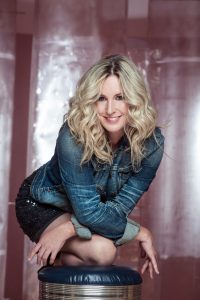 Going into its seventh season, THE NEXT STEP has shot over 200 episodes, airs in over 120 countries and is watched by millions around the world. Amy Wright has been with the series since its inception as Casting Director, Choreographer and a Producer. Having coordinated over 500 unique dance moments for the series on screen, Amy has also choreographed premier live performances by THE NEXT STEP cast: The “Hit The Floor” Canadian National Mall Tour, Choreography and Creative Direction for “The Next Step Live” (the first Canadian National Live Tour) and the subsequent Feature Film as producer/choreographer, Family Channel’s Big Ticket Concert for three years and multiple cities. Her work for The Next Step extends into promotions for CBBC’s including this years’ Summer Social, a half hour show for KIDTROPOLIS (UK) and TNS anti-bullying campaigns. She has also been seen in TAKING THE NEXT STEP for CBBC Seasons one and two.

Amy is currently working as the series choreographer for the soon to be released NBC Universal/Netflix series titled DARE ME. This past year Amy has choreographed for the new Nickelodeon series BLUES CLUES AND YOU, Netflix series ANNE WITH AN E and THE UMBRELLA ACADEMY, spectacular routines for AMERICAN GODS (Amazon Prime), dancing Vampires in WHAT WE DO IN THE SHADOWS (FX), Latin show dances with Jason Priestly for PRIVATE EYES (Global), the series finale of KILLJOYS (Crave). She is proud of her work on Emmy and Golden Globe winner Grey Gardens (HBO) with stars Drew Barrymore and Jessica Lange, and the feature film Crimson Peak with Tom Hiddleston, directed by Guillermo Del Toro.

With an eye always open to new talent, Amy has cast hundreds of dancers for a variety of projects ranging from television’s THE NEXT STEP, and FIND ME IN PARIS to CONFESSIONS OF A TEENAGE DRAMA QUEEN (Feature Film) and the American Girl movie-of-the-week Isabelle DANCES INTO THE SPOTLIGHT. With a focus on performances for young audiences. She teaches and adjudicates internationally and is known for her method of combining acting and dance techniques. 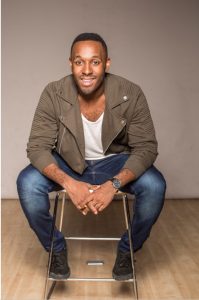 Nick, the founder and director of the up and coming dance company Airtight Entertainment, Choreographer, Performer and dance teacher. Nick has been dancing since age 7, and has remained passionate and inspired from the very beginning.
From that point on his love for self expression through the art of dance has continued to grow. He has trained in Ballet, Jazz, Hip Hop Contemporary, Tap, Urban underground dance genres, African, and Caribbean dance, and is always looking for the new and next thing that is going to help to further diversify himself through dance.
“I’m all about the groove”, and having said that, Nick has danced on television, and on stage in shows produced by Warner Brothers, Nickelodeon, Nickelodean Germany, Universal Studios, Paramount Canada’s Wonderland, Slice TV, Bacardi, Mercedes Benz Jully Black,Rogers, HBC, various recording artists such as Aleesia, Shawn Desman, Victoria Duffield, Lloyd Banks, Euro Super Groups and artists like US5, Lexington Bridge, Jimi Blue. As well as performing with Tokyo Hotel, Jermaine Jackson, T-Pain, Fabulous, Busta Rhymes. Choreographer of the Canadian National Hip Hop team, as well as a resident choreographer on YTV’s The Next Star.
In addition to teaching at studios across Ontario, he has been fortunate to travel all across Canada, and the US, and North Western Europe- teaching in the UK, Portugal, Amsterdam, Paris, Germany, Barbados, and Brazil.
Airtight Entertainment company members have been featured in productions by Disney, Family Channel, CW’s hellcats, CW’s Nikita, So You Think You Can Dance Canada, YTV’s The Next Star, Cirque de Solie and so much more.
Live, Love, Dance 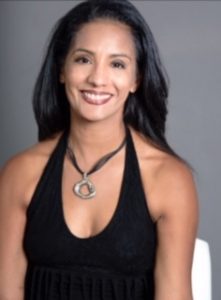 Awarded as the Teacher of the Year at St. Lawrence College in Canada (2007) and Best Choreographer Award from Dance Studio Tecamachalco Mexico. (1986) With 35 years of extensive experience in performing and teaching, graduated from The National Ballet School in Mexico City (1987) and complemented her studies at The Imperial Society of Teachers of Dancing as an Associated. In addition, complemented  her studies in Mexico, in Vaganova School, and several The Royal Academy of Dancing and The Harlem Ballet.

Alejandra became a Cecchetti Associate in 2017 and certified on Progressive Ballet Technique She has worked for Professional Training Programs as the Academia de la Danza Mexicana, and Modulo Dancistica Company in Mexico.  In Canada has collaborated as a performer , teacher and choreographer with many Ballet Companies, Colleges and Dance Studios. Alejandra has collaborated worked along side Santee Smith, Alejandro Ronceria, Milton Meyerles, Gaby Camino, Patrick Parson, Debbie Wilson and among other Canadian choreographers.

Her dance experience in Classical and Neo-Classical Ballet, Folklore European, and musicals as Cats, Saturday Night Fever, Walt Disney Tour “Dream is a Wish”, also Choreographing TV shows as Sesame Street, and TV Commercials, gave her the opportunity to be the Creative Director of Conexion en Movimiento (Mexico), a company with extensive experience in managing Massive events and shows like Soccer Games, Carnivals, and Parades, for Companies like Reebok, Toyota, Bimbo, LG, Umbro, Trident and Sol and the most recent, as Choreographer Director for Para Pan Games Guadalajara 2011, and the presentation of the mascot 2015 Panamerican games Toronto 2015.

A passionate instructor and communicator, committed to providing tools to students and instructors, through images and floor exercises, helping them to understand the nature of the movement and how they apply to the information of a dance solid technique. 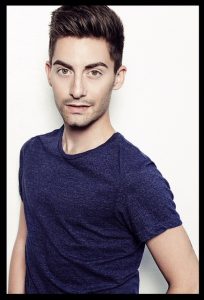 Shawn Bracke is a versatile dancer, choreographer and visual artist, creating movement for stage, film and television. His work is story-based and aims to inspire audiences to think critically and feel deeply.  His aesthetic stems from his strong technical training and a professional career that immersed in the commercial and concert dance worlds. His extensive training in Contemporary, Ballet, Jazz, Tap, Hip-hop and Vernacular styles have been integral to his unique movement. Shawn draws from experience with improvisational acting techniques to create a heightened emotional state with his work. 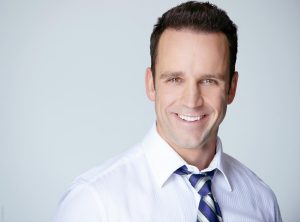 Jay is a Dora Mavor Moore Award nominated performer, educator and adjudicator. His twenty-five year teaching career spans Canada’s most prestigious post-secondary arts institutions and dozens of dance studios. A graduate of Ryerson University’s dance program and a former Mr. Dance of Canada, he has been a faculty member at the Randolph Academy for the Performing Arts, George Brown College and Saint Lawrence College. Jay has been a guest teacher at: Sheridan College, Etobicoke School of the Arts, Pearson School for the Arts, the Eastern Arkansas Ballet, Duboforce Mexico, Metro Movement and the Charlottetown Festival Young Company. He is currently the Tap Director at Dimensions in Dance in Kitchener and is a choreographer for the Canadian Tap Team of World Performers.

As a performer, he continues to work in theatres across the continent. He has performed for The Stratford Shakespeare Festival, Mirvish Productions, Capitol Theatre, Charlottetown Festival, Stage West, Drayton Entertainment, Clearchannel Entertainment and dozens more. Some of his favourite roles include: Cosmo in Singin in the Rain, Lumiere in Beauty and the Beast, Bobby in Crazy for You, Skimbleshanks in Cats, Nana in Peter Pan, Pepper in Mamma Mia, Jimmy inWhite Christmas, Ethan in The Full Monty, Jinx in Forever Plaid, Cecil in Anne of Green Gables, Batboy in Batboy the Musical, Action in West Side Story, Barnaby in Hello Dolly.

Jay is one of North America’s most prolific talent adjudicators and has judged and hosted over 150 talent competitions, pageants and festivals across the globe. He is a member and contributor to the Professional Adjudicator Alliance manual, has written articles for The Agent’s Book and had a column in Dance Canada Quarterly. Jay is a recipient of a Tyrone Guthrie Award and a Maud Whitmore Scholarship.

Jay is the owner of Tap Shoes Canada and is the exclusive Canadian distributor of Miller and Ben Tap Shoes. 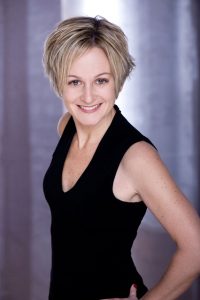 Kerry currently resides in Toronto and is a professional Director and Choreographer. She is a very happy recipient of a 2019 Dora Award for Outstanding Choreography.  Kerry has spent nine seasons at the Stratford Festival. Productions she has worked on include; HMS Pinafore Crazy For You, Fiddler On The Roof, 42nd Street, Camelot, and Two Gentlemen of Verona.  You might have seen her on the CBC reality TV show Triple Sensation Season I and II as a dance judge and choreographer.

Kerry was also the Children’s Casting and Resident Director for the North American premiere of The Sound Of Music with Mirvish.  She has spent 13 seasons at the Charlottetown Festival as part of the creative team and the Director /Choreographer of the Confederation Centre Young Company.

Her choreographic credits include: Mary Poppins, Beauty and the Beast, Mamma Mia, Shrek-the Musical, Elf-the Musical, Rocky Horror, Cinderella, Joseph and the Amazing Technicolour Dreamcoat, Wizard of OZ, Anne Of Green Gables, Forever Plaid, Annie, the Canadian premiere of Batboy – The Musical, You’re A Good Man Charlie Brown, Hello Dolly, and Songs for a New World.  She has taught at many theatre institutions such as Sheridan College, Randolph Academy, St.Clair College, St.Lawrence College, Etobicoke School Of the Arts, and George Brown College.  Kerry has been a dance adjudicator for festivals across Canada for twenty years.